Members of North East Humanists have contributed to the Isaac Newton School (INS) for over 10 years, which is now part of the expanding Uganda Humanist Schools Trust (UHST). The INS is in Masaka, Uganda near the shores of Lake Victoria. This is a humanist school that accepts children of all religions. It provides education for around 130 students who study subjects such as biology, physics, chemistry, agriculture, fine arts, music, political education, and history. The school caters to orphaned children who are running families on their own, children in disadvantaged families who cannot afford secondary education, abandoned children who can be placed in foster homes near the school, and children who can pay fees that help support the disadvantaged children.
The North East Humanists have provided scholarships for students attending INS to support students through a year at the school, with the children sponsored ranging from 12 to 17 years of age. The annual cost of tuition for each child is £300, including a school uniform. North East Humanist members Jean and Barrie Berkley as well as Roger McAdam and Jack Jeffrey have all visited the Isaac Newton School which continues to grow and thrive with the support of North East Humanists and other Humanist groups.

For more details on what your contributions to this cause mean, see the following profiles. 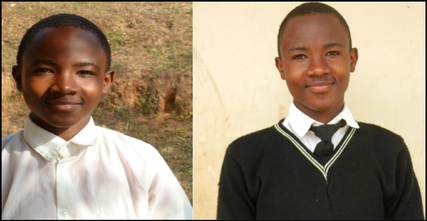 This is Ronald Kigula who was sponsored by North East Humanists in 2019. ​Ronald joined INS in 2016 when he was 13 years old, having passed his Primary leaving Exam with good grades. Ronald’s mother died when he was young, and at the time of this post, his father grows crops and makes a small amount of money by selling the surplus. Ronald lives with his grandmother some of the time, and with his father during holidays. He has 1 brother and 1 sister. Ronald’s optional subject choices for “O” level were Entrepreneurship, computer studies, and Kiswahili. He likes Maths, Physics, and Swahili and wants to enter the law and be a judge.

This is Jordan Bongole who was sponsored by North East Humanists in 2019. ​At the time of this post, Jordan was 14 years old. He comes from the village of Lukerere, in the same district as the school. His local language is Luganda. He passed his Primary Leaving exam with a Division one. Jordan lived with his parents, who are subsistence farmers, and he has five brothers and two sisters. During the holidays he has helped by working in the fields. Jordan’s favourite subjects have been Biology and Chemistry, leading him to aspire to be a doctor. He likes reading and playing football and is very proud of having reached Secondary school. He says he likes the school laboratory and the way the teachers teach. 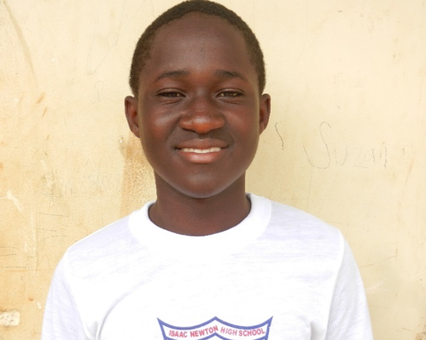 This is Elvin Muhindo who was sponsored by North East Humanists in 2019. ​At the time of this post, Elvin was 15 years old. He comes from Kamaiba, in the District of Kasese in the West of Uganda. He attended Kasese Primary school and obtained a grade one in his Primary leaving exam. His local language is Lukonjo. He has lived with his parents, four brothers, and two sisters. The family sell charcoal and grow tomatoes to make a living. When Elvin is at home he helps by fetching water, sweeping the compound, and cooking food. His favourite subject is maths and he enjoys playing football. He would like to become a doctor. He is very proud to have reached secondary school and is very appreciative of the school library, the computers, and the good teachers. 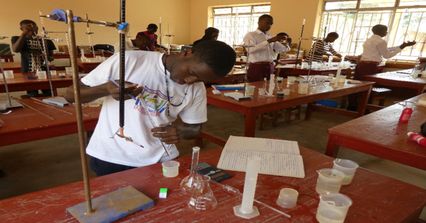 This is the Ian Gurney Science Laboratory named in honour of a North East Humanist member. ​Donations from NEH’s members are now channelled through the Uganda Humanist Schools Trust. Steve Hurd and several others from the Trust visited INS in July 2019. The following is an extract from his report:

“The transformation in the school site since our visit in July last year was remarkable. The first thing you see on entering the school is a new teaching block. It has three substantial classrooms and a fine A-level science laboratory, named in honour of Ian Gurney, a former prominent member of North East Humanists, in whose name a donation was made. The classrooms are well finished, painted green and white throughout, with the happy Humanist emblem proudly emblazoned on the ceilings, which create a roof space that deadens the sound during heavy rains. Windows are glazed to prevent rain washing into the classrooms. Each classroom is furnished with well-made desks and chairs and has a storeroom for books and other scholastic materials. The laboratory has benches for experiments and stools and a good-sized prep room, to store equipment and chemicals. There must be very few rural schools in Uganda that can match these new classroom facilities, and it is clear, from the beam in their eyes, that the students appreciate that.”
Without your donations, stories like these would not be possible. If you would like to help make a difference to the lives of the children at the Isaac Newton School, you can make a donation by visiting the Donate page for Uganda Humanist Schools Trust.
Note: North East Humanists used to collect funds on behalf of INS, but as of 2021 we have decided not to do this anymore. While we continue to admire and support the Humanist work that they are doing, there is no longer a need for us to be directly involved in their collections. We used to collect the Gift Aid on behalf of INS, but because UHST is now a charity in its own right, we are no longer required for this. In fact, our collections would end up delaying the money getting to the charity by holding on to it until January of each year.
Powered by